At the end of January, singer-songwriter Kyle Davis made his bold return with a gorgeous new record full of deeply stirring songs entitled Make It Count. Highlighting the resilience of humanity and addressing the universal themes we all struggle with in life, it’s an incisive record that resonates strongly through its impassioned stories and impressive melodies. Both of these qualities are featured prominently on the tender and bold title track, which serves as the emotional and musical core of this dynamic record. Today, The Auricular is proud to premiere the poignant music video for “Make It Count,” available to view at the end of this article.

The video, put together by Mikan Media, shows Davis making sense of the cruel passage of time, finding peace in some moments and turmoil in others. Joining him are shots of other people, young and old, also struggling with the grief time can impose on us, with some finding comfort in their faith while others turn to their growing family for solace. Drawing on his own life, Davis crafted this song based on unrelated events, but ones that helped him craft a more inclusive view of life’s never-ending march.

“I think we all have these creases in our lives or timelines that mark events,” Davis stated. “[The] sum of them equals this incredible length of time. Sometimes, viewing them like this is a way to ‘do something positive with every day.’ I know it sounds cliché-ish, but that’s the truth.”

Davis found writing this record, his first after a lengthy absence, “tremendously cathartic,” drawing on the change he and his family still struggle with today.

“I lost my father and Aunt and a couple of other family members who we interacted with daily,” he revealed. “So life changed so dramatically. We also moved and that doesn’t sound like a huge deal, but it is. The song ‘Not Broken’ on the record is to all of us, but mainly my youngest daughter who just couldn’t bear the thought of leaving the place where she and all of us found our security. Songs have helped me work through so many things. In ‘Old Habits,’ I wanted to say we can do better than this as a people and I mean in general. I really wanted to say in a song … don’t take more than you give … that leaves everyone in the red.”

In approaching this new record, Davis stressed that he “did not want to make a record for no reason,” looking to find purpose and continuity to drive it, ultimately landing on the theme’s inspiring tone that Davis hopes to build on with charity work in the future.

“The barometer for success is different for this record,” he remarked. “I want that to be a part of the mission statement for this record — to have a positive impact. Maybe small, but still impacting. Individually. I have tried to work with different 501 non-profits dealing with mental health, homelessness, and other things.”

After landing on the theme of the record, Davis began the process of recording, seeking out the help of Stewart Myers as well as Scott Lane from American Paradox Records, a producer and musician who has served as an integral driving force for many of Richmond’s best artists over the last several years, including Sid Kingsley and Kenneka Cook.

“I started the record with Stewart Myers and it was great, but very Americana and I felt like I wanted to shift it,” Davis remembered. “Moving to Scott was really great. It was the way I was used to working with Don Dixon on all of my records. Scott is really, really talented and I would say we led the record [in] a little more Euro singer-songwriter [style]. He experiences every musical moment and is not afraid to experiment with any sound. In a great way, Scott does not go by a handbook — he relies heavily on his intuition which is really good.”

Experimenting with sound is just what the duo did, specifically on “Make It Count” which features several twists and turns, both subtle and overt, that help elevate the song’s message beyond its innate appeal. One of these surprising turns features string plucks that arrive late in the song but add extra weight to the lyrical resolution of the song.

“That is Naima Burrs & Schuler Slack from the Richmond Symphony,” Davis told us. “I just loved the treatment of the strings period, especially the plucks. Originally, the lyric was not ‘All it knows how to do is fly.’ It was changed to that and I think that is a good way to leave it.” 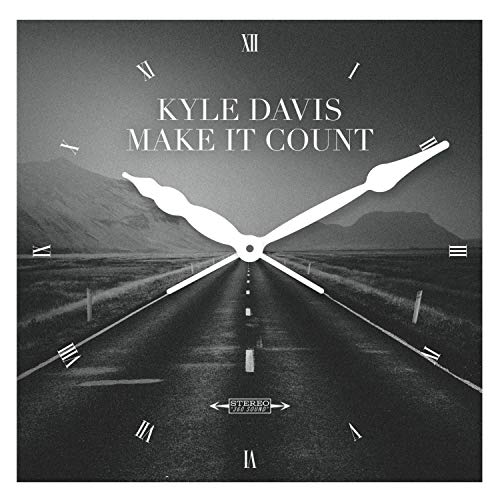 It’s an intriguing twist on a straightforward plea, but one of many that Davis has made over his career, on records like Don’t Tell The World and Raising Heroes, that earned him praise from publications like Billboard and Rolling Stone.

Much has changed since those albums came out and tbe singer-songwriter first entered the music scene, something Davis observed early on in the recording process of Make It Count.

“It’s so much faster now and you can get your thought down in a heartbeat,” Davis remarked. “You can get any loop or create any sound so quickly and perfectly. I can remember Phil Ramone watching Don Dixon fill these glasses up with water and kind of tuning them for the percussion player. That stuff doesn’t happen much anymore — that’s more like a science experiment.”

For someone who proudly began his career on tape, Davis isn’t necessarily fazed by the evolution recording and songwriting has taken since the beginning of his career.

“In the end, it’s great ideas that win out and people with passion and creativity that make great records still … say things that touch our souls.”

And it’s that ethos that drives “Make It Count” and the rest of his new record, making it extend far past empowering musical remedies into exalted affirmations, tailor-made for each abd every day of your bustling life.

You can watch the solemn video for “Make It Count” below, and make sure to check out the rest of Make It Count, available now to stream and purchase through all digital platforms.