Grief is hard to escape these days, but there’s hope in art that faces down fate with bravery and heart. You won’t find a more perfect song for this vital purpose than David Shultz’s new one, “Still Here.”

Shultz has kindly shared the music video for “Still Here” with The Auricular in advance of the song’s official 5/7 release (available to view below). The clip was made by Nashville-via-Richmond songwriter Nick Woods, who pulled together old home movies rescued from flea markets, footage found online, and iPhone videos Shultz’s wife, Anne, sent over. (Look closely and you’ll catch David making breakfast for dinner.) It’s like growing a new family tree in three minutes. “He’s come up with a whole little world that is imaginary but also very real and interesting,” Shultz describes.

It’s a stirring set of images, reflecting how close to home the lyrics of “Still Here” hit at a time when the importance of family is front-and-center. And while the song was started a few years ago, Shultz’s words feel so immediately relevant in part because they’re rooted in another moment of national mourning: Tom Petty’s death. When Petty passed away, Shultz decided to spend the rare free weekend that followed (he’s the father of five-year-old triplets) on the Northern Neck of Virginia, where the Potomac River meets the Chesapeake Bay.

“He’s one of my favorite songwriters for sure,” Shultz says. “In high school, when all my friends and I were basically listening to nothing but hardcore and punk rock music, I wore out Wildflowers… When he died, it was odd for me to feel such a sense of grief. I left work that day and played guitar in my sunroom. It was heavy enough, and surprisingly so, that I spent a weekend thinking about him at the river. That’s where the first two verses, and the chorus, and the general tone of the song [were] written.” 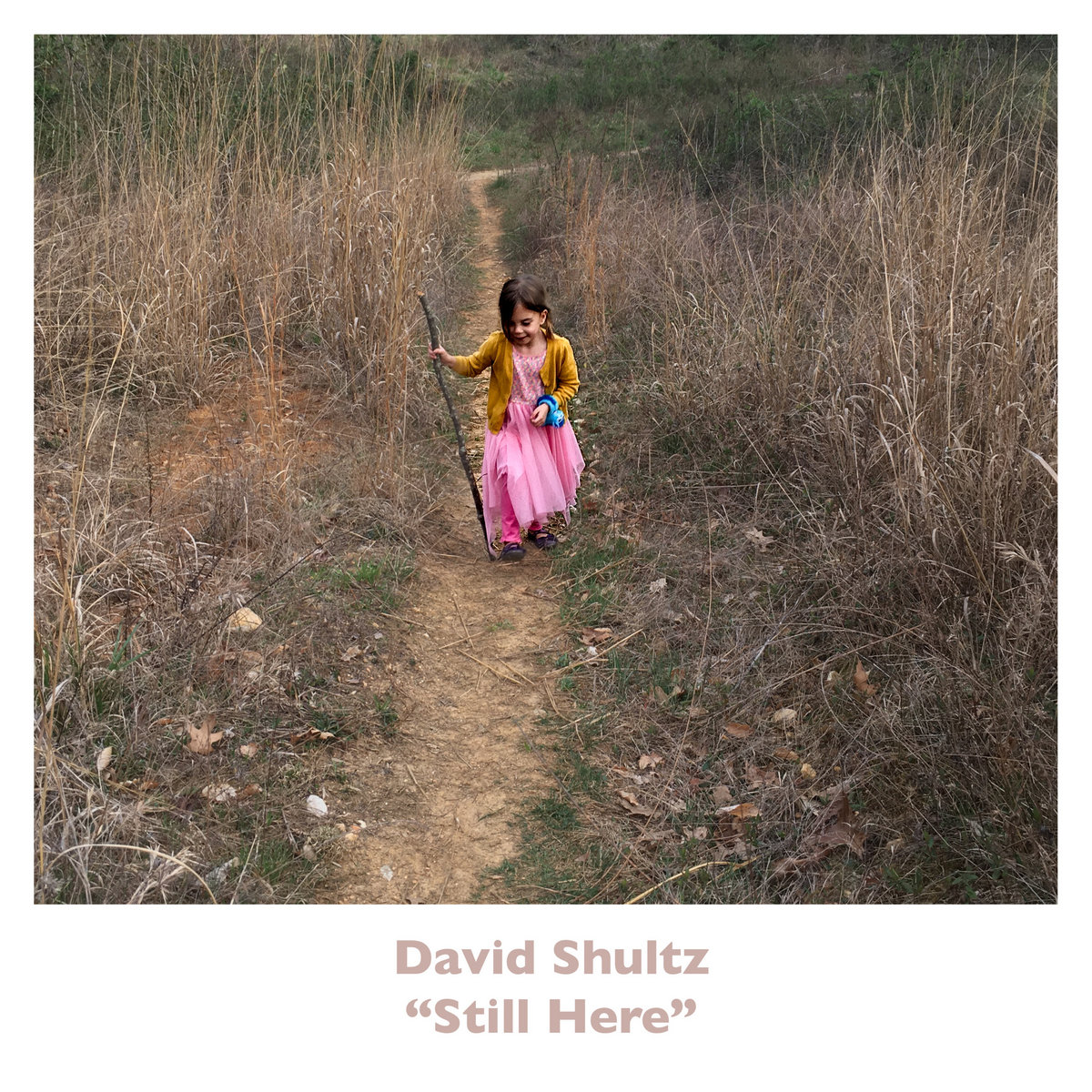 Verses that offer quick, grounding affirmation (“Still air / Still there / Still here”) give way to choruses that zoom out, posing big questions that are on so many minds. “How long will the music play?” And “How long do we get to stay?” Bittersweetness ends up filling the space between those two perspectives: “Would it be so bad to dance until the song is done?” The song’s arrangement is filled with its own sense of brightness, with quick strumming, springy reverb, and virtuosic soloing courtesy of Alan Parker, who contributed all of the track’s instrumentation. The release of “Still Here” finds Shultz and Parker about halfway through a full-length album, which Parker is producing.

“We are planning to have another session, a socially distant kind of bare bones session, possibly even outside — I’m not sure, it may be separately tracked completely — sometime in the next couple weeks to do four more songs. That’ll get us to nine, and then I’d like to get one or two more done in the next month or so.”

It wouldn’t be their first outdoor session. If you follow Shultz on Instagram, you might have seen Shultz and Parker working poolside on the grounds of Montrose Recording. “Adrian [Olsen] let us use his gazebo since we didn’t want to go in the studio or anything. Alan and I were just outside tracking vocals. That was really fun.”

Olsen, who mixed “Still Here,” and Parker are veteran collaborators thanks to their work with Spacebomb Records, and Parker’s extensive experience committing songs to tape means Shultz’s options are seemingly endless.

“[I’ve] been in the room with him, watching him flip through whole approaches to a take or a solo,” Shultz says. “They are just all so spot-on. And he can go any direction he wants… It’s such a whole approach. It’s not any one thing. He seems to understand everything. I don’t really get it, but it’s amazing.”

Shultz credits Parker and Olsen with the song’s realization — “Without Alan and Adrian, this would be a rather uneventful demo on my phone” — but I’d guess that many who see this video and hear this tune will find his words a wellspring of strength. We can’t know how long we have, but each day is an opportunity to remind ourselves: We’re still here.

To stream and purhcase “Still Here,” as well as more music by David Shultz, make sure to check out his Bandcamp page.